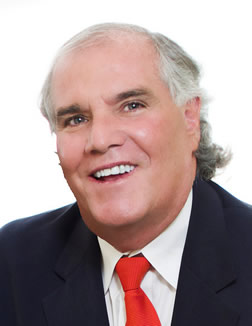 
Michael D. Sullivan had a distinguished career with the Internal Revenue Service for 10 years. As a veteran IRS Revenue Officer / Agent, he served as an Offer in Compromise Tax Specialist and Large Dollar Case Specialist.

Mr. Sullivan was also a teaching instructor who taught at the Regional Training Center in Atlanta, Georgia. Also he was a On-the-Job Instructor and instructed locally at his post of duty.

He also collaborated with the U.S. Attorney’s office on undercover operations which included cases of such as operation Greenback and worked with in the narcotic trafficking area as well.

Michael received several awards for his work and dedication as a IRS Agent.

Michael has been in private practice for the last 35 years in the field of Taxpayer  Consultation for IRS Audit and Collection tax resolution issues.

He often consults with corporations and individuals, which involves a wide range of tax issues.

Michael has worked many large complex cases for high net worth individuals and large corporations. Mr. Sullivan is a committed professional with dedicated involvement in the tax profession community as a frequent speaker on the South Florida circuit and also served as an officer and on the Board of the Greater South Florida Tax Council.

Michael has been the program host and moderator for several Internal Revenue Service forums both in the public and professional sectors.

Mr. Sullivan is also registered with the Department of Business and Professional Regulation and has an approved class for IRS Collection Matters for Certified Public Accountants, and those in the tax area. Course # 0012279 .Provider number 0007530

Mr. Sullivan also have course approval from the Florida Bar 2006507N for attorneys’/lawyers  who have need CPE credit for  “IRS Tax Resolution”

His expertise is in the collection, audit division and other IRS platforms.

He is been a national speaker across different industries and verticals as it relates to IRS matters. Mr. Sullivan has been a featured speaker in the credit card industry, student  loan and the debt settlement vertical as well.

He also was one of the featured speakers at the Latino Tax Fest which also featured Nina Olsen, Nation Taxpayer Advocate.

Mr. Sullivan has appeared on ABC Washington, The Briefing Room, comments about The Releasing and Audit of Donald Trumps Tax Returns.

Bureau of Education and testing:

The Florida Bar Certificate of Accreditation for Continuing Legal Education:

Registered with the Following:

The Florida Department of State

The Internal Revenue Service as a Former Agent and Teaching Instructor

Michael graduated from St. Thomas University with a B.A. in Pre-Law. He also has attended Knox Theological Seminary.

Mr. Sullivan has obtained a Life Time Achievement Award for Little League Baseball and sat on the International Board for the Walk to Emmaus. Michael also is a proud member of the Life Work Leadership program.

Mr. Sullivan was the former District Leader of the United Methodist Church, SE District for the Florida Conference and served on the Board of Lay Ministry.

Michael is very active in the various ministries of his church where he can be found leading and teaching Biblical Studies. He has been the Southeast Florida District Lay Leader of the United Methodist Church and the Florida Annual Conference.

He is also an avid bass fisherman, has a commercial racing license, and can be found on occasion skydiving. He has also coached 12 of Little League Baseball, JV Football at Cardinal Gibbons High School, Roller Hockey, Flag Football, Soccer and Basketball.

* Mr. Sullivan has been in private practice since 1982 in South Florida which gave roots to Fresh Start Tax LLC. The firm began as Sullivan & Powell PA and through the years transitioned to its now current form. 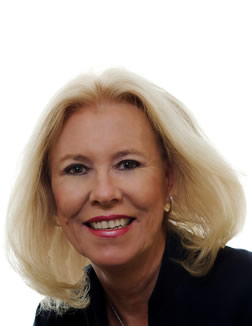 Susan Moss began her career with the Internal Revenue Service in the Office Audit Division in 1973. As an Office Auditor she examined individual and small business tax returns. In 1978 she was promoted to Office Audit Group Manager. As a Group Manager she supervised a group of 25 IRS agents. Susan received numerous awards for accomplishments with Fraud Discovery and Awareness; Examination of Business Returns; and The Tax Shelter Audit Program.

Susan retired from the Internal Revenue Service in 1983 and for the past 26 years has worked in private practice as a tax consultant and IRS audit and collection specialist. With her practice she has worked with many accounting firms representing corporations and individuals to resolve their tax problems. Susan is self-employed and not employee of Fresh Start Tax LLC. Susan has been a featured speaker at various tax industry functions. Susan is married with 3 grown children and 2 grandchildren. She graduated from Florida Atlantic University with a B.A. degree and attended Arizona State University and Florida Atlantic University graduate school.

Joe Dimino is a Federally Authorized Tax Practitioner (FATP) who has demonstrated significant technical expertise in the field of taxation after proving in-depth knowledge of the tax code through examination, thus empowering him by the U.S. Department of the Treasury, to represent taxpayers before the Internal Revenue Service (IRS). He has been in the field of taxation for over 22 years, and an Enrolled Agent (EA) since 2005.

In addition to his EA designation, Joe has completed a rigorous three-year curriculum to become a Fellow of the National Association of Enrolled Agents (NAEA) National Tax Practice Institute (NTPI). This program has uniquely prepared him to effectively represent his clients before all administrative levels of the IRS, and cover all variances of examinations, audits, collections and appeals, while instructing on the entire process from both the client and IRS perspective. Joe has also been a Discussion Leader at NTPI’s Level 2 in both 2010 and 2011.

Joe proudly served in the United States Air Force from 1984 through 1988 as an Accounting Specialist stationed at bases located in Texas, Hawaii, Guam, and Australia. As soon as his military term was satisfied, he decided to move back to his home town in New Jersey to complete his college degree, and begin his tax career working at a local CPA firm James Murray & Associates. He attended Rutgers the State University and California State University receiving his bachelor’s degrees in Accounting and Finance.

Joseph has also secured the designation of Accredited Tax Advisor (ATA) by the Accreditation Council of Accountancy and Taxation. This designation is available to those who exemplify proficiency and expertise in tax preparation, along with the additional requirement of increased annual continuing education beyond that required of Enrolled Agents and other tax professionals.

An important aspect of his life is family. He currently resides in Southern California with his beautiful wife Martha of 20 years, three wonderful children Marisol, Nick, and Andrew, and domestic partner pet pals Odey the dog and Ollie the cat. When not at work, he loves to read, coach, and attend his children’s sports games, while balancing the remainder of his day being a loving husband, father, and church steward.
Joe’s greatest strengths are his integrity, preparation and presentation skills, and a secret weapon that he refers to as quiet self-confidence. He continues to provide his clients with an added comfort by letting them know that “everything will be just fine”.

Julie Lynch recently retired after a 38-year renowned career as a Revenue Officer in the Collection Division of the Internal Revenue Service. During that time, she worked collection cases involving both individuals and businesses, and handled all aspects to resolve the cases; from securing Offers-in-Compromise, installment agreements, reporting cases currently not collectible and requests for abatement.

She worked closely with all divisions within the IRS, including Examination Division and Taxpayer Advocate. She also met regularly with representatives of both the U. S. Attorney’s Office and the IRS Office of Chief Counsel. Julie taught several IRS classes, was an On-The-Job Instructor for new employees; and as a senior Revenue Officer, she acted as a mentor to lower graded employers.

She was often called upon for her expertise to assist with other departments within the Collection Division, as well as assisting employees within her group.

After 2 years, he was hired by the IRS and started in the Small Business Division as a Revenue Agent. He primarily audited “C” and “S” corporations and Schedule-C’s. He also acted as a acting group manager.

After 6 years, he was recommended to join the Appeals Division as an Appeals Officer.

He worked on hundreds of cases such as those involving individual income taxes, “S” and “C” corporation tax issues, whether the trust fund recovery penalty applied to various individuals, claims for refunds, whether a civil fraud or accuracy penalty applied to a tax understatement, unreasonable compensation from a corporation, whether a preparer penalty should be applied against a tax return preparer, under-reported income, whether a sale of an asset should be classified as a capital gain versus ordinary income, charitable contribution valuations, distributions exceeding basis in an “S” corporation.

Herb also worked Offers in Compromise, Doubts as to Liability and Collectibility and cases scheduled for trial before the United States Tax Court.

He also lectured before various professional groups such as the Greater Fort Lauderdale Tax Council, the Florida Institute of CPA’s and several radio talk shows.

Herb has received numerous commendation letters from taxpayers and their CPAs on cases he resolved While at the IRS, Herb even resolved cases with Mike Sullivan and Steve Jacob of this firm.

Herb’s areas of expertise are examinations of individuals, corporations, Appeals and negotiating with the IRS.

Herb was also a lay member of the Fee Arbitration Committee of the Broward County Bar Association.

After working in Appeals for 18 years, Herb moved to the Large Case Division of the IRS. He examined financial records of large corporations and proposed various tax issues. The largest case he was engaged on exceeded $20 billion in sales.

He met with numerous taxpayers and their CPAs and Attorneys in scheduling and performing tax examinations. He was also a consultant to the IRS Criminal Investigations Division to determine if their tax cases warranted a criminal or civil investigation.

Learn how to become your clients' "Tax Superhero"

(Without knowing a thing about taxes)

Book a FREE Consultation and get your Free Report (Click Here)